In 2015, he was involved as Researcher within UnitelCagliari (Italy) for the ELIOS project (MIUR, 1ME). In 2017, he spent five months as Visiting Scholar at EURECAT (Spain), collaborating with the Data Science and Big Data Analytics Unit on the DECODE project (EU, 16P, 5ME). In 2018, he spent three months as Visiting Scholar within the University Institute for Intelligent Systems and Digital Applications in Engineering (SIANI) at the Universidad de Las Palmas de Gran Canaria (Spain). In 2019, he spent two months at the Department of Computer Science and Engineering of the New York University: Tandon School of Engineering (U.S.A). He has been involved as Researcher in the ILEARNTV project (MIUR, 6P, 10ME) since 2018. From 2019, he is referral of the University of Cagliari (Italy) for two work packages under the EDUC project (EU, 6P, 5ME). Since 2017, he has been teaching assistant for the “Computer Networks” course and thesis assistant for BSc and MSc students in Computer Science at University of Cagliari.

In 2014, he was recognized as the best third-year student of the BSc Program in Computer Science of the University of Cagliari (Italy). In 2016, he was recognized as the best MSc student of the Faculty of Science and one of the top 12 MSc students of the same University. In 2018, he got to the podium of the Call for Visionary Ideas - Education Section event organized by Nesta Italia. He has received the Best Poster Award at the European Semantic Web Conference 2017 (ESWC2017), the Demo Honorable Mention at The Web Conference 2018 (WWW2018) and the Best Paper Award at Didamatica Conference 2018. He has been awarded two Erasmus+ PlaceDoc scholaships to spend 5 months at EURECAT (Spain) and 3 months at Universidad de Las Palmas de Gran Canaria (Spain), respectively. Moreover, he has been awarded a GlobusDoc scholarship to spend 2 months at New York University: Tandon School of Engineering (U.S.A).

His current research focuses on Data Mining and Machine Learning for Education. He has co-authored papers in top-tier international journals, such as Information Processing & Management (Elsevier), Computers in Human Behavior (Elsevier), and IEEE Cloud Computing. His research activity also brought him to give talks (e.g., ECIR 2019, EEE 2020), demos (e.g., TheWebConf 2018, INTERSPEECH 2019), and tutorials (e.g., UMAP 2020, ICDM 2020) at several international conferences. He is part of the program committee of main international conferences, such as ACL, AIED, CHI, CVPR, ECML-PKDD, EDM, EMNLP, ITICSE, INTERSPEECH, ICALT, and UMAP. He has been also acting as a reviewer for top-tier journals, such as Pattern Recognition Letters and IEEE Transactions on Image Processing. He has co-chaired the BIAS workshop at ECIR2021. He has served as a guest editor for a special issue of Information Processing & Management and Future Generation Computer Systems (Elsevier, ongoing). He has been involved in several national and European projects (e.g., iLearnTV, DECODE, EDUC). He is a member of several national and international associations, including CVPL, AIxIA, IEEE, and ACM.

Oct 03, 2020: I will be co-organizing the 2nd International Workshop on Algorithmic Bias in Search and Recommendation (Bias 2021) to be held as part of the 43nd European Conference on Information Retrieval (ECIR 2021). Please visit the workshop website for more information.

Sep 15, 2020: Our paper entitled “Improving Fairness in Speaker Recognition” has been accepted at The Symposium on Pattern Recognition and Applications (SPRA 2020).

Sep 2, 2020: Our paper entitled “Connecting User and Item Perspectives in Popularity Debiasing for Collaborative Recommendation” has been accepted in Information Processing & Management (Q1).

Aug 30, 2020: Our paper entitled “Evaluation Framework for Context-aware Speaker Recognition in Noisy Smart Living Environments” has been accepted at The Third Workshop on Knowledge-driven Analytics and Systems Impacting Human Quality of Life (KDAH-CIKM 2020).

Aug 23, 2020: Our tutorial entitled “Bias in Personalized Rankings: Concepts to Code” has been accepted at The 20th IEEE International Conference on Data Mining (ICDM 2020).

Jun 7, 2020: Our pre-print paper entitled “Connecting User and Item Perspectives in Popularity Debiasing for Collaborative Recommendation” has been published in arXiv with identifier 2006.04275 and is available at this link.

Jun 7, 2020: Our pre-print paper entitled “Interplay between Upsampling and Regularization for Provider Fairness in Recommender Systems” has been published in arXiv with identifier 2006.04279 and is available at this link.

Jun 7, 2020: Our pre-print paper entitled “Equality of Learning Opportunity in Personalized Recommendations” has been published in arXiv with identifier 2006.04282 and is available at this link.

Jun 2, 2020: Our paper entitled “Exploring Algorithmic Fairness in Deep Speaker Verification” has been accepted at The 20th International Conference on Computational Science and its Applications (ICCSA 2020).

May 30, 2020: Our demo paper entitled “A Framework for Biometric Recognition in Online Content Delivery Platforms” has been accepted at The International Conference on Advanced Visual Interfaces (AVI 2020).

May 15, 2020: I am serving as a guest editor for Algorithmic Bias and Fairness in Search and Recommendation, a Special Issue of Information Processing & Management, Elsevier, Impact Factor 3.892. Please visit the website for more information.

Feb 1, 2020: Our tutorial entitled “Hands on Data and Algorithmic Bias in Recommender Systems” has been accepted at 28th ACM Conference on User Modeling, Adaptation and Personalization (UMAP 2020).

Oct 03, 2019: I will be co-organizing the 1st International Workshop on Algorithmic Bias in Search and Recommendation (Bias 2020) to be held as part of the 42nd European Conference on Information Retrieval (ECIR 2020). Please visit the workshop website for more information.

Oct 02, 2019: Our paper entitled “Deep Multi-Biometric Fusion for Audio-Visual User Re-Identification and Verification” has been accepted for publication in the Springer’s book “Selected Papers from the 8th International Conference on Pattern Recognition (ICPRAM 2019)”.

Most recommender systems are evaluated on how they accu- rately predict user ratings. However, individuals use them for more than an anticipation of their preferences. The literature demonstrated that some recommendation algorithms achieve good prediction accuracy, but suffer from popularity bias. Other algorithms generate an item category bias due to unbalanced rating distributions across categories. These ef- fects have been widely analyzed in the context of books, movies, music, and tourism, but contrasting conclusions have…
Boratto, L., Fenu, G., Marras, M.
Proceedings of the 41st European Conference on Information Retrieval (ECIR2019), 457-472. Springer. Class 2. A Level, 2019
Abstract Pre Print Springer Link Scopus Slides Code Dataset

Moving towards the next generation of personalized learning environments requires intelligent approaches powered by analytics for advanced learning contexts with enriched digital content. Micro-Learning through Massive Open Online Courses is riding the wave of popularity as a novel paradigm for delivering short educational videos in small pre-organized chunks over time, so that learners can get knowledge in a manageable way. However, with the ever-increasing number of videos, it has become challenging to arrange and…
Dessì, D., Fenu, G., Marras, M., Reforgiato, D.
Computers in Human Behavior. Elsevier. Q1 Level, 2018
Abstract Pre Print Science Direct Scopus Dataset

In recent years, online courses have emerged as a new way to educate students in distance learning settings. However, as the demand increases, educational institutions are facing the challenge of how to prove that online students are who they claim to be during e-learning activities, especially exams. Human proctoring is a non-scalable approach which requires a person to monitor each student remotely. On the other hand, automated proctors tend to target a specific type of device and verify the students’ presence without considering…
Fenu, G., Marras, M., Boratto, L.
Pattern Recognition Letters, 113, 83-92. Elsevier. Q1 Level, 2017
Abstract Pre Print Science Direct Scopus

Section 1: Organization and Participation as a Speaker at National and International Events

Section 2: Research Collaborations and Exchanges at National and International Level

Section 3: Reviewing Activities for National and International Conferences and Journals

Section 4: Editorial Activities for National and International Conferences and Journals

EDUC aims to establish a collaborative, inclusive, integrated and efficient governance that will build on and contribute to the mutual trust between, and the involvement of, our six universities in all areas, from bottom to top. Thematic working groups involving all stakeholder groups at all organisational levels of our European Digital UniverCity will address topics such as Mobility and Exchange Scenarios, European Skills and Competencies Sustainability and Outreach. EDUC will also establish new communication and coordination flows which will allow the different university services to collaborate horizontally and, ultimately, harmonize work flows. Structures will be brought together in order to establish direct communication between the different services inside the universities – such as international offices, student and research administration offices, and centers for students with special needs. 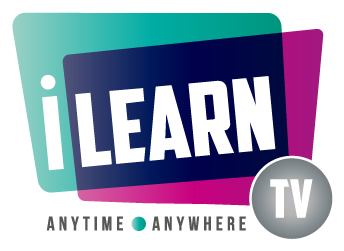 ILEARNTV will promote the evolution of school communities towards a new paradigm based on shared knowledge and collaborative production. In order to support the current transition phase experienced by over 700,000 teachers in Italy, ILEARNTV will define new models for their training inside an innovative platform as well as new methods for providing multi-channel digital learning content via PCs, tablets and smartphones. Within an advanced Software-as-a-Service Learning Content Management System (LCMS), the Cloud infrastructure will be responsible of managing hardware resources, while the software infrastructure will provide the platform’s application functions to end users. Learning material will be indexed into a digital repository and made available for re-use. Collaborative creation of multi-format and multi-media training content will be based on predefined and customizable templates. In this way, ILEARNTV will support teachers in facing the current technological changes, reducing costs and time generally required for their traditional training.

DECODE will increase digital sovereignty of European citizens by enabling them to produce, access and control their data and exchange contextualised information in real-time, and in a confidential, and scalable manner. DECODE will develop a modular privacy-aware IoT hub with a free and open source operating system backed by a state of the art blockchain infrastructure supporting smart-contracts and privacy protections.The architecture will be demonstrated through four pilots in Barcelona and Amsterdam, in the field of digital democracy, citizen sensing, and collaborative economy. The pilots will be run with the active involvement of social entrepreneurs, hackers, and makers. Innovators will be able to build solutions on top of the platform through hackathons and open challenges, while ensuring their security, resilience and privacy preserving qualities. This aims to create a decentralised innovation ecosystem that will attract a critical mass able to shift the current centralised data-driven economy towards a decentralised, sustainable and commons-based economy. DECODE puts agency and data control in the hands of citizens, to improve citizens’ well-being and society for the collective benefit of all.

ELIOS will promote the adoption of e-learning within the University of Cagliari. With ELIOS, students will be able to attend one of the following degree programmes in blended-learning settings: (i) Administration and Organization, (ii) Cultural Heritage and Entraitainment, (iii) Economics and Business Administration, (iv) Electrical Electronic and Computer Engineering. Students enrolled within ELIOS will share the same study programmes and final exams taken by traditionally-enrolled students. Moreover, they will receive the same qualification at the end of the programme. Large part of the courses will be available online through a dedicated Learning Management Systems (LMS), anywhere, any time. The LMS will also provide both asynchronous and synchronous learning tools. Students within ELIOS will benefit from a multi-channel technical assistance service aimed at supporting them during distance learning activites.